Growing up in the city of Almada, Figo was recognized by everyone because of his skills as a street soccer player. He used to play soccer every day with his friends where he developed his flair and creativity that helped him become a Portuguese legend. 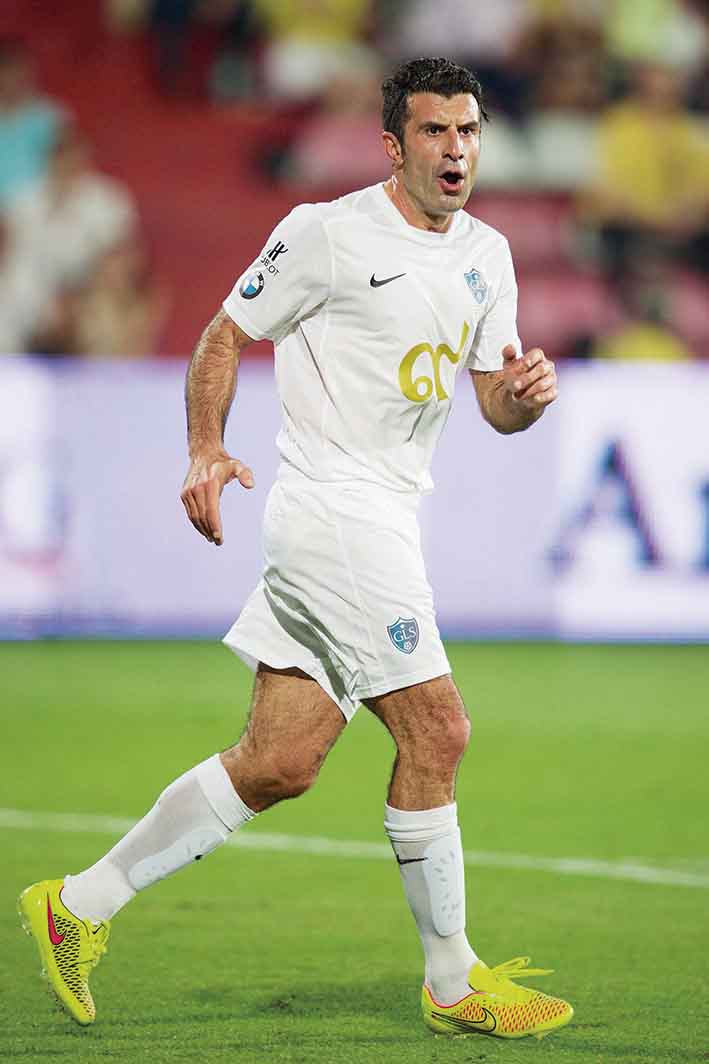 Figo is widely regarded as one of the greatest midfielders of all time. During his best days, he was fast, versatile, and skillful player with crossing and dribbling abilities that allowed him to often take on and defeat opposing players in one on one situations. One of his biggest achievements was leading his country to reach the semi-finals at the 2006 World Cup. Portugal finished in fourth place in the tournament and Figo played a significant role.

Even though he was frequently praised for his great imagination and playmaking skills, he was also capable of contributing offensively with powerful goals from distance, free kicks and penalties. Luis Figo won the 2000 Ballon d’Or, 2001 FIFA World Player of the Year, and he was selected to be part of the FIFA 100 list of the world’s greatest living players. Furthermore, the Portuguese star is one of the few soccer players to have played for both Spanish clubs Barcelona and Real Madrid.

“I have known only one road to the path to victory, that of sacrifice and hard work.”