Perseverence, talent and strength are key to his success

When James was a child, he was so shy that most of his classmates had heard him say only hesitant words due to his stutter. Fortunately, little James overcame that challenge and, what is more, he developed another way of communication: soccer

James is an amazing midfielder who plays on both wings and in the center. He started his soccer career with Envigado FC in Colombia. From there, he was signed by Argentinian team Banfield. At only 17, the Colombian made his debut and became the youngest foreigner to score a goal in Argentina’s premier soccer division. Even though James is very young, he has broad experience from his seasons in the Portuguese and French leagues.

The Brazil World Cup’s Golden Boot winner is constantly praised for his technique, playmaking skills and great imagination. In 2014, he signed with the Spanish club Real Madrid for a transfer fee of €80 million, which makes him the most expensive Colombian soccer player in history. James is definitely a proven goalscoarer, he has scored 26 times since his arrival in Spain. Currently, he is enjoying his best days at Real Madrid, taking a more central role on the pitch and showing the world what he is really made of.

“For me, desire is the key to motivation; it is the determination and commitment to achieve a goal” 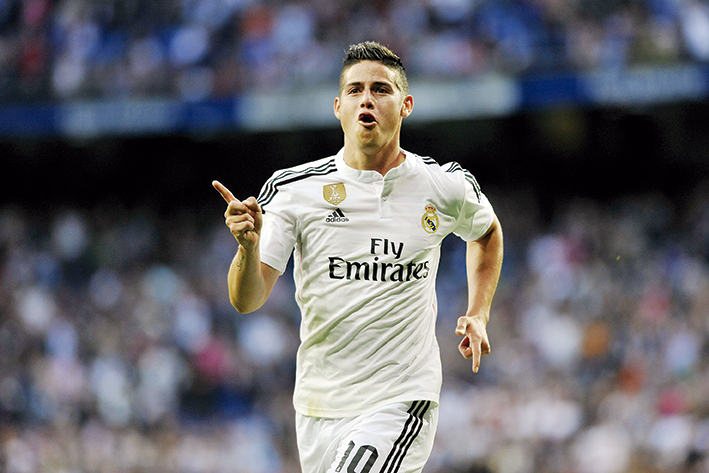